Seven years ago, I visited Dymchurch to meet Nick’s parents for the first time. After lunch, we went for a walk along the imposing sea wall which dominates this stretch of the Kent coast. I can remember being pleasantly surprised to finally see a sandy beach like back home in Australia because at that point I had only experienced the pebble beaches of Brighton and Hastings had somehow assumed all of England’s beaches were the same (I know, what a sheltered life I had lived). 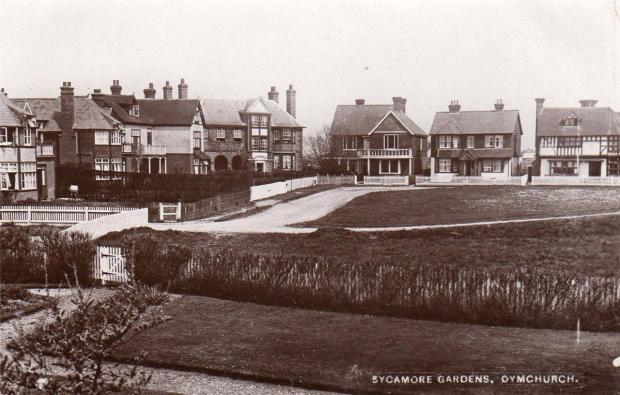 At that point in time the new sea defences had only just been completed: vast concrete paths intersected with regular intervals of Hepworth-esque voids inset the concrete stairwells. 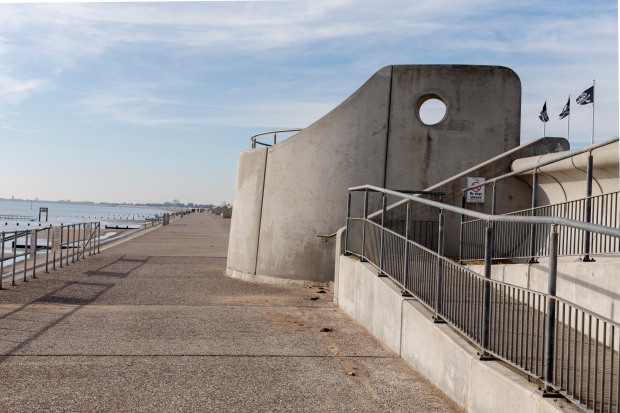 Nick has been a long time admirer of Paul Nash and has over the years travelled round the UK visiting galleries and museums to see his work. Both Tate Liverpool and Dulwich Picture Gallery have put together shows over the last few years.

Fast forward to the present day and we had planned another visit to Dymchurch and later on in the same week to see the current Nash exhibition at Tate Britain (which dedicates a whole room to the Romney Marsh years). Nash’s relationship with Dymchurch is widely documented; after the WW1 he spent time there recovering from a breakdown and explored the image of the sea in his work as both a menacing force and providing a sense of calm and enclosure.

From 1921 – 1925 Nash lived in a cottage along the high street, which now displays a plaque to commemorate his time in the village.

Nash out front of the cottage in the early 1920’s. 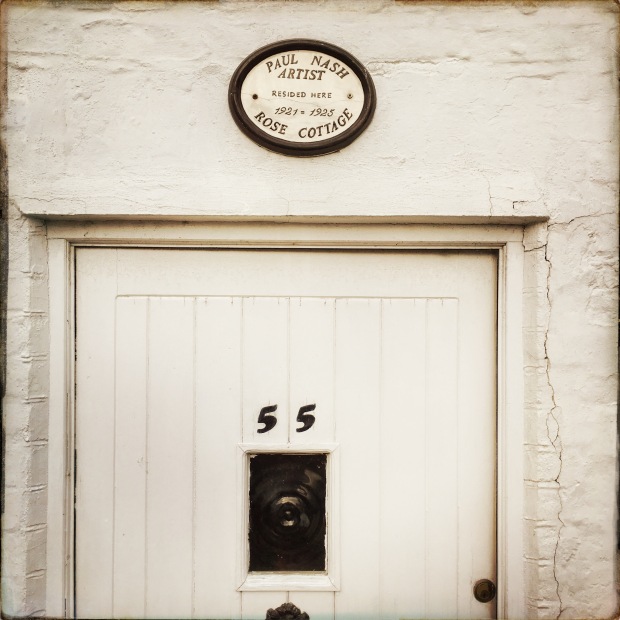 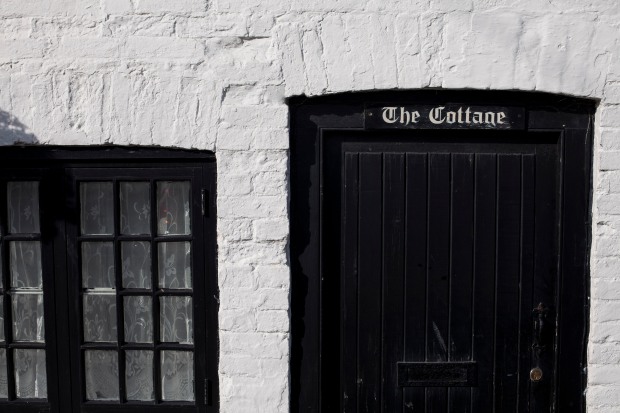 In Nash’s time, the sea wall was much less overbearing; the current sea wall is flanked by a huge continuous concrete curve and two tiers of concrete paths. 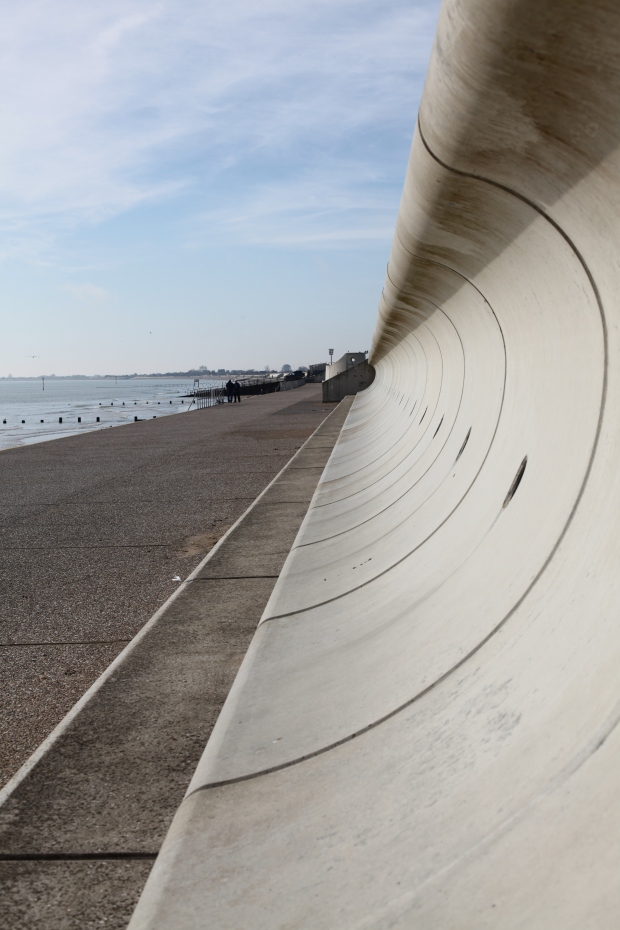 I thought I would to capture some views familiar to Nash prior to seeing the show at the Tate. 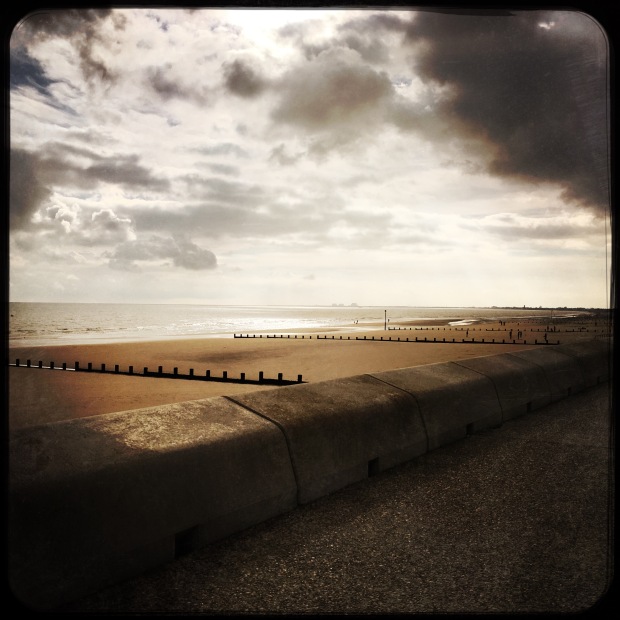 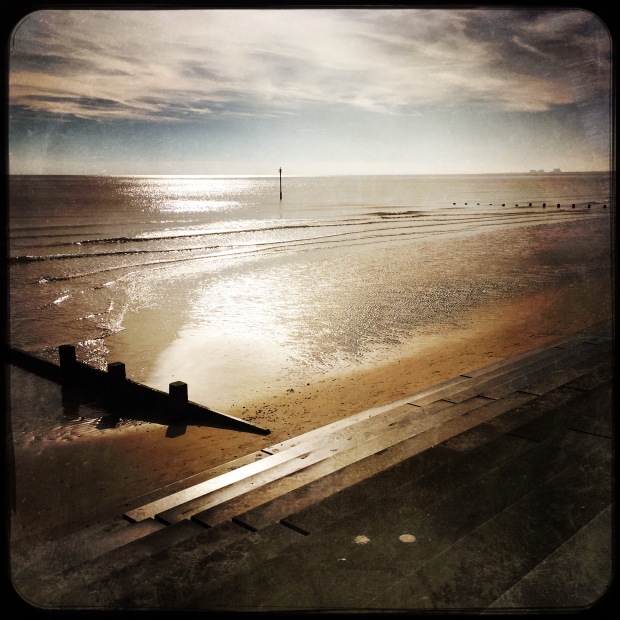 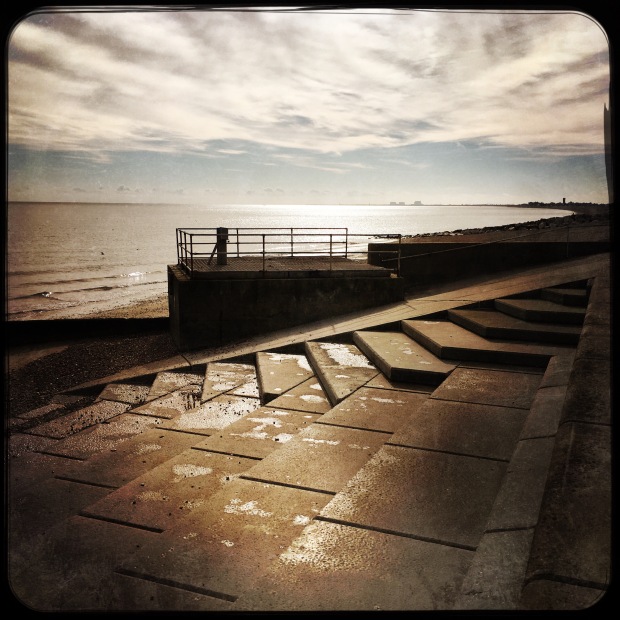 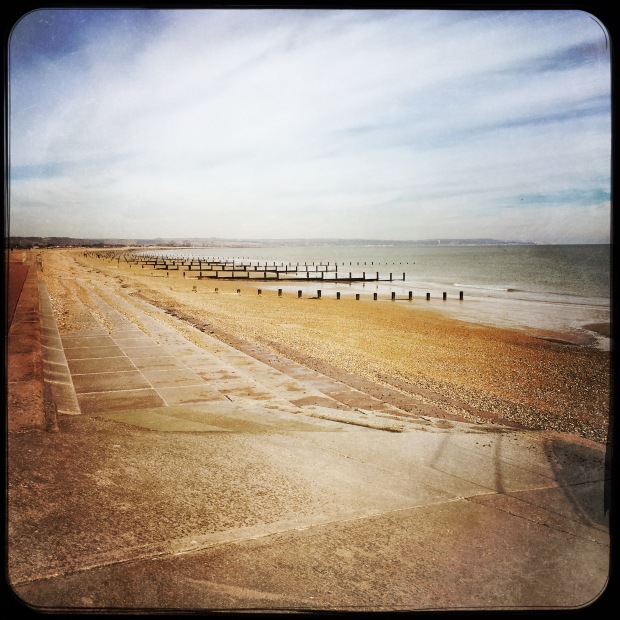 Nash took this image below in 1932 of the drainage trough or sluice and also painted the concrete structure behind it numerous times. 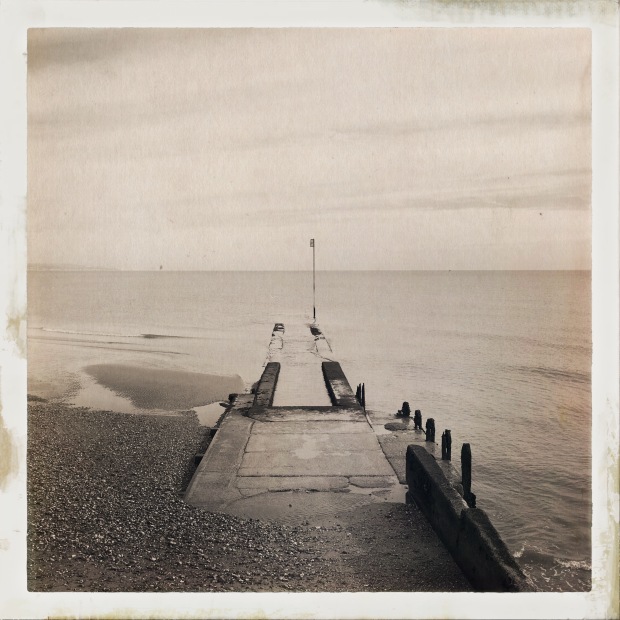 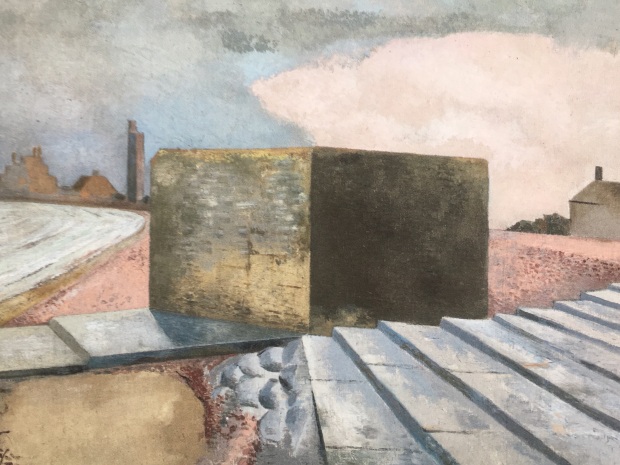 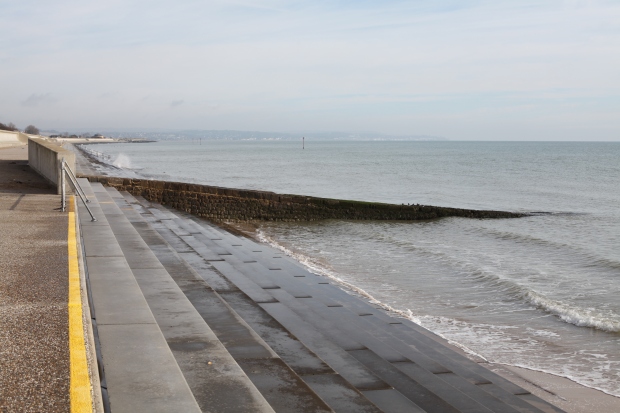 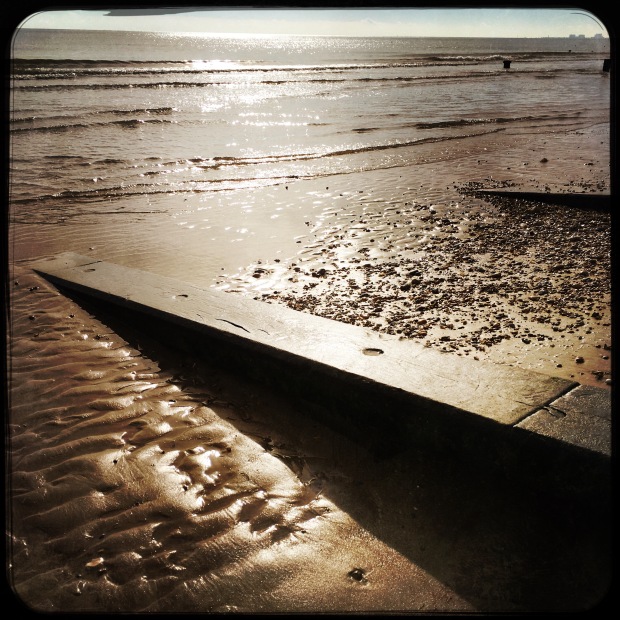 If you haven’t managed to see the Nash show yet it runs to the end of March. And if you are a serious Nash fan, a visit to Dymchurch to take in the views of the sea and the marsh immediately give you an understanding of how the end-of-the world attraction that drew Nash here. The Martello Tower opposite Nash’s cottage and which features in many of his works opens sporadically and remains largely unchanged. And if desolate, post-apocalyptic, beauty if your thing, then Dungeness, one of the largest expanses of shingle beach in Europe and  home to Derek Jarman’s cottage and a nuclear power plant is a couple of miles down the road.