There has been a lot of change recently in Southborough and Tunbridge Wells, lots of old, interesting buildings being demolished to make way for housing and other developments. The old Kent and Sussex Hospital and the Dairy Crest site and the being two notable examples. 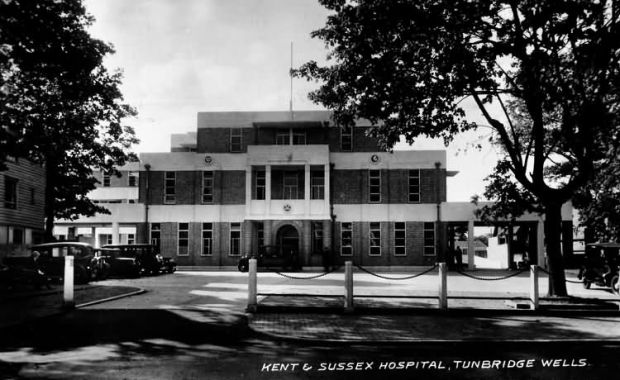 Images of the Dairycrest site partially demolished recently. I never knew it had this pretty arsenic coloured tiling inside. 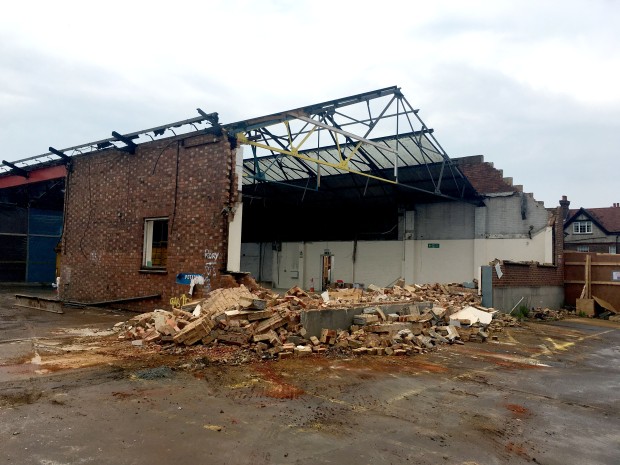 But the closest example to me (personally and geographically) is the Royal Victoria Hall in Southborough which is in a sorry state but by no means a lost cause.

The hall officially opened on the 17th January, 1900 to commemorate the Diamond Jubilee of Queen Victoria. Local philanthropist Sir David Salomons donated £3000 of the total £5000 (with Southborough Urban District Council meeting the additional cost) and it became the first municipal theatre in England.

The Theatre Trust describes the aim of the hall ‘to provide theatrical and other rational amusements to people who could not afford to go to theatres in the adjoining towns‘.

The Trust describes the theatre in its original form…’A red brick, rectangular building with a low fly tower and, originally, a chapel-like facade set back from the road. A pretty cast iron porch was removed (and purchased by a Councillor who thought its removal regrettable) and replaced by ‘modern’ canopy. The auditorium was designed with a scenic stage, permanent seating in a straight-across end balcony (on two decorative columns) and a flat floor. Square reeded proscenium arch with decorative panels featuring swags and drops either side. Panelled dado with red flock wall paper above reaching to deep plain coving and decorative ventilation grilles’. 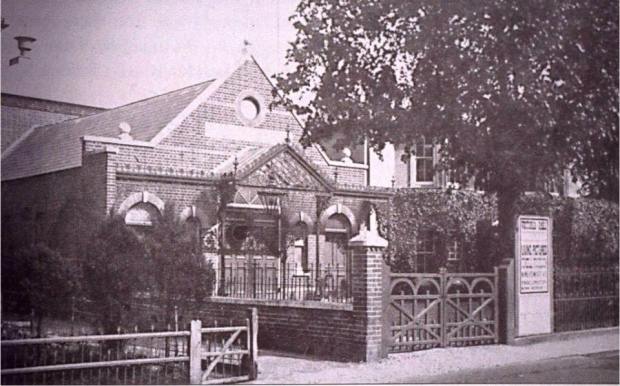 Imagine the council offices restored to their former glory; trees out the front, people with a sense of civic pride…

Determined to stop the closure in 2012, the Friends of the Royal Victoria Hall was formed and lead a concerted campaign to safeguard the future of the hall. A petition with over 11,000 signatures to save the hall and a sound business plan to keep it open was presented but then dismissed by Southborough Town Council at a packed out meeting, as loud cheers and horns honked outside to show the support for the RVH. Never before had the council had such a protest outside. 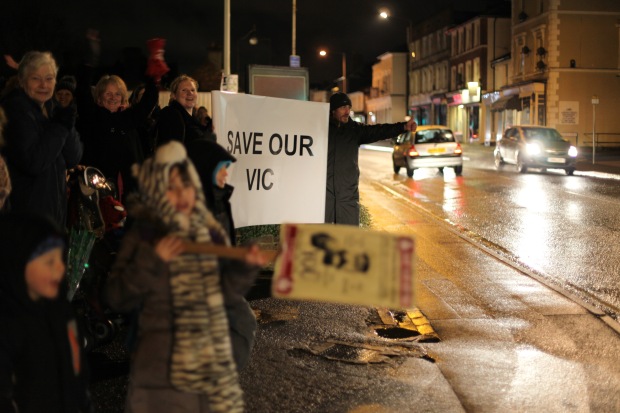 Sadly, it all fell on deaf ears and unsurprisingly when 11,000 voices are ignored, that the turnout for the public consultation would be poor. That is a lot of people, me included, thinking ‘what is the point?’.

369 out of 11,000 residents in the town responded to the choice of two options; part-retain or new build in the public consultation in 2015. Of the 369 respondents 58% opted for the new build, so the 214 people of Southborough and High Brooms have spoken! *note the sarcasm here* The decision was made to go with the new build option which has been described by some as ‘cheap and nasty‘ and ‘like something from the planet Zanussi‘.

I like how the above image shows a couple of perplexed members of the public staring up at their image reflected in the giant orange disc. 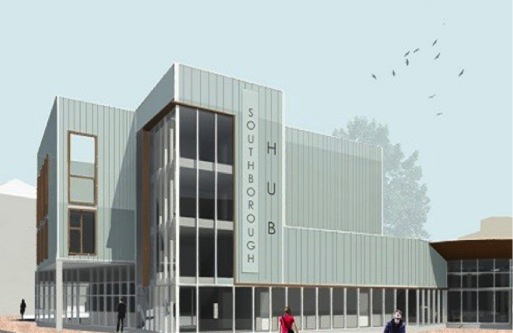 Then then Mayor, Cllr Oakford scoffed at the business plan put together by the group at that meeting saying it would not meet standards he would expect in his previous career in the oil industry; strange as to date there is no business plan or financial projections at all for the Hub despite planning permission currently being submitted.

A local resident, Martin Webber, has published some excellent interviews with residents and Town Councillors on his detailed blog, Southborough News.

You may think this is an improvement on the original theatre, but I’m all for conserving the historical aspects of our town. It’s what gives us soul and makes us unique and attractive.

Where I’m from (check out About) this would be considered a beautiful and valuable asset to a town worthy of respect and restoration. There are plenty of examples of where buildings have been restored and it has clearly added value to the street scene, like the recently opened One Warwick Park in Tunbridge Wells. 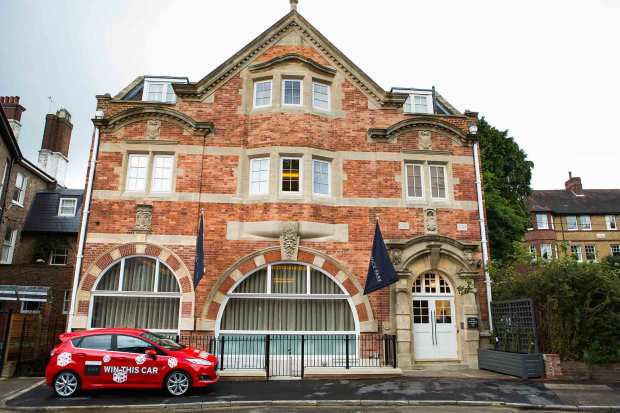 Photograph from Times of Tunbridge Wells

Best case scenario is Southborough Town Council actually start listening to residents’ concerns and even it the Hub takes a few months longer to change the look of the building at least it could be something the town can be proud of.

One thought on “The more things change…”